Should Christians Try to Change the Culture?

When the SCOTUS decision on gay marriage came out awhile ago, both online & offline conversations were flooded with comments and opinions. I wrote this article here in response to a lot of those comments, trying to help us Christians thinking Biblically about this whole issue.

But there was a basic question that arose from a lot of those conversations that I think we really need to discuss – because it affects the core of what we do as teachers.

The question is – Should Christians try to influence the culture? 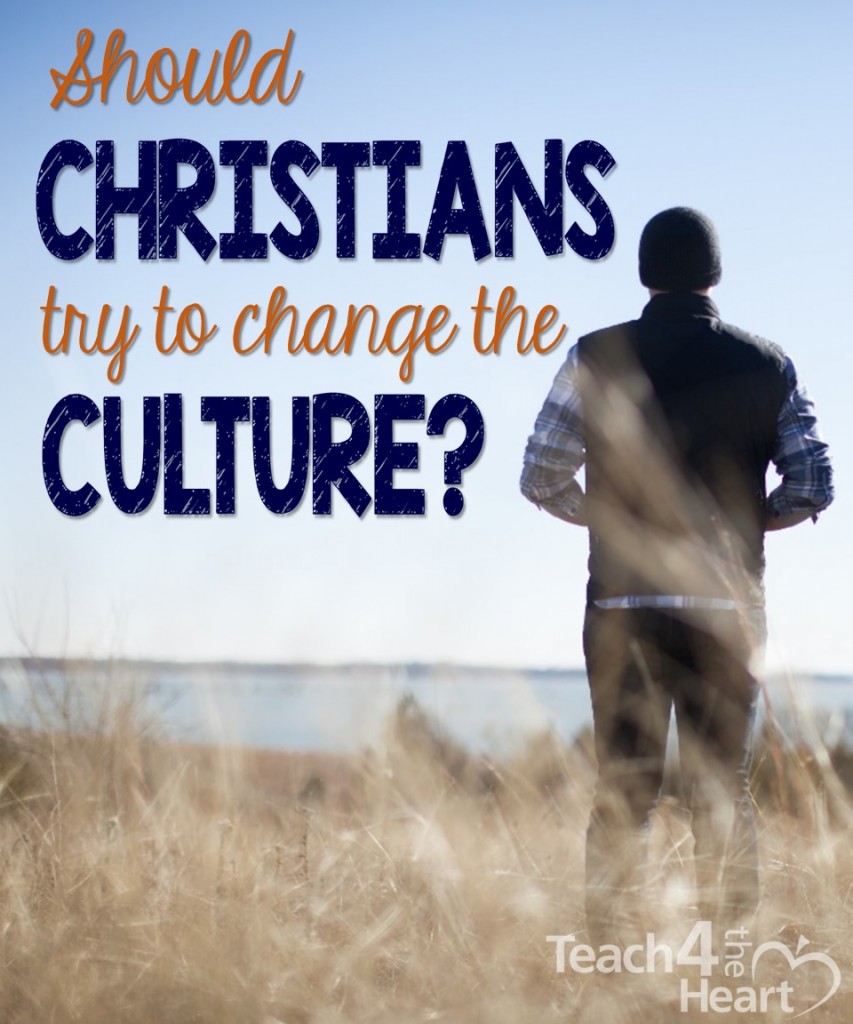 Here’s a few actual comments that were made by people arguing that we shouldn’t.

“I don’t think we should force people who aren’t Christians to follow our beliefs.”

“Why would we expect non-Christians to behave like Christians?”

“The church has always been counter-cultural.”

Now I would agree 100% with all 3 of these statements. We should not force other people to believe like we do. We shouldn’t expect that non-Christians would behave like Christians. And, yes, the church has been – and is – counter-cultural.

But there is a big logic gap in these arguments. One that is very dangerous.

And that’s this: It is NOT an either-or.

We can – and should – influence the culture without forcing anything on anyone.

We are called to be salt and light.

Another illogical argument floating around out there is that “We are called to be light, and light shines brightest in darkness, so we shouldn’t worry about the darkness.”

Now, I agree with the fact that we shouldn’t worry. Our God is on the throne. He will always be in control. And if we lose all our religious freedom and are forced underground, the church will still be the church and God’s work will go on.

The reality is that God uses people. Yes, on occasion there is clear, miraculous Divine intervention. But throughout Scripture & history, God normally uses people to accomplish His work on this earth.

God wants to use us, and we’re pawning off this awesome opportunity with great-sounding but dangerous excuses.

What good is light if it doesn’t push back the darkness?

Matthew 5:13-16: You are the salt of the earth; but if the salt loses its flavor, how shall it be seasoned? It is then good for nothing but to be thrown out and trampled underfoot by men. You are the light of the world. A city that is set on a hill cannot be hidden. Nor do they light a lamp and put it under a basket, but on a lampstand, and it gives light to all who are in the house. Let your light so shine before men, that they may see your good works and glorify your Father in heaven.

The primary purpose of salt in that day was to preserve. So Jesus is saying that we should do all we can to prevent & slow down spiritual decay.

We are also called to be light – not just so there’s something shining in the darkness but so that we can give light to all the house.

When we say that we have the truth but we shouldn’t really try to influence anyone with it, aren’t we doing exactly what this verse says NOT to do and hiding it under a basket?

God says to put out the light and to let it clearly shine. We must shine the light through our love, through our good works, and through the truth.

Because we can’t really love someone if we’re not going to tell them the truth.

What is Biblical is good for everyone.

The other key point I think we are missing is that God’s truths are good for everyone.

God designed this world, and when He gave us commands in Scripture, He didn’t do it so that He would have something to punish us for or so that He could get some sadistic pleasure out of watching us try to conform.

No, He gave us His commands because He knew that they were the best way to live. He knew that if we follow them, we will live meaningful, fulfilled lives. We will have happy, productive societies, and we will live together in peace.

He gave us His commands because He knew that they were the best way to live.

Think about it for a minute.

Let’s take a basic truth from Luke 6:31: Do to others as you would have them do to you – the Golden Rule.

The more we as people live by this rule, the happier we are, and the happier others are. It makes us a decent society; it makes our country a happy place to live. If everyone lived by this rule we would be much safer, much happier, and much more productive. We would pretty much eliminate 99% of the problems in this world.

What God has told us to do is good for everyone.

Let’s take something a little more controversial. What about God’s design for the family….That we keep ourselves pure until the day we are married. That a man and woman come together and pledge to love each other until death do them part. That they keep that promise & stick through the tough times, raising great kids and teaching them to do the same thing.

The research is clear that the best situation for kids is to grow up in a committed, two-parent home. And can you imagine how much more stable our society would be? How much less hurt and pain?

What God has designed is good for everyone.

We are doing no one a favor when we hide our truth under a basket and argue that people can do what they want.

We are doing no one a favor when we hide our truth under a basket.

Here’s the thing: they CAN do what they want. And no one is saying that we should force people to do what is right (at least I’m certainly not).

But we absolutely, 100% SHOULD be telling people what the right thing is. We absolutely should be warning people (especially young people) of the consequences of choosing a destructive path.

What can we do?

Here’s the thing…..When we talk about whether or not we should try to speak up about the truth, there really are two different scenarios, and we have got to understand the difference.

First (and I can’t imagine this hardly ever happens but people act like it does all the time or something)….Imagine that your non-Christian Facebook friend that you haven’t actually seen since high school is living with her boyfriend. You send her a message saying “You know that’s wrong, right?” Of course this is NOT helpful. We should not just go up to people and tell them they’re wrong – at least not unless that person is very close to us & we have the rapport necessary to have a meaningful, difficult conversation with them.

But…..here’s the thing. While we shouldn’t just go up to people and tell them they’re wrong, we absolutely SHOULD be spreading the message about what is right and what is best – especially for the next generation.

When we fail to speak up about what is right and what is wrong, we are doing the next generation a horrible disservice.

Our society gets this concept about random issues that it’s passionate about – drinking while pregnant, smoking, and making sure kids are correctly buckled in their car seats (Am I the only one who’s had random moms lecture me out of the blue about my car seat straps not being tight enough?) They boldly hammer these messages home because they believe it’s important for people to understand the risks associated with these behaviors.

But, unfortunately, our society is also flooding our young people with packs of lies, too.Take this whole Caitlyn/Bruce Jenner situation for example. The media is trying to portray this as such as great thing, but this is a very dangerous message for today’s young people.

If we as a society celebrate this and tell young people it’s a great idea to get a sex change surgery, we’re lying to them. Every single chromosome of their body screams their gender, and mutilate their body isn’t going to change that. On the contrary – it’s going to create a whole host of challenges for them and lead them down a destructive path.

This message and ones like it are oh-so-dangerous for young kids who are still trying to make up their mind about who they are and what they want to be. And it’s especially devastating for those who are not believers and have no spiritual influence for good in their lives.

Why should the media be the ones who get to form public opinion? We as Christians can and should be a voice for truth in the culture for the sake of those coming behind us.

So how exactly can we do that? Here’s where the rubber meets the road.

We must impact the culture by….

It’s time for the church to do what it was meant to do – change the world. And it starts one person at a time.

We learn and help each other by having honest dialogue. So I’d love to hear your thoughts, whether you agree or disagree. Join the conversation with a comment below. 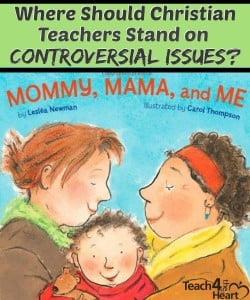 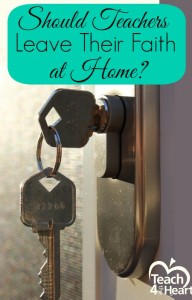 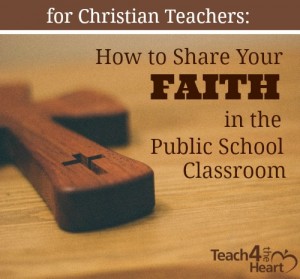 How to Create a Classroom Management Plan that Works

How to Create a Classroom Management Plan that Works

14 Planner Tips to Make the Most of Pray & Plan

14 Planner Tips to Make the Most of Pray & Plan

4 Ways to Connect with and Empower Parents

4 Ways to Connect with and Empower Parents 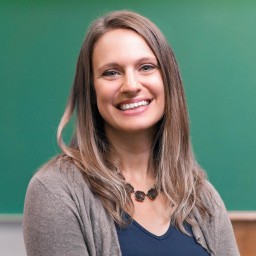