Why We Need to Deal with Problems Before They're Problems

Why We Need to Deal with Problems Before They’re Problems

It’s so easy to ignore small misbehavior – a child who “doesn’t hear” you calling him or students quietly whispering during a lesson. It’s no big deal, we think as we move on with our day. We have bigger things to worry about.

But unfortunately, if we ignore small problems they quickly become big problems. 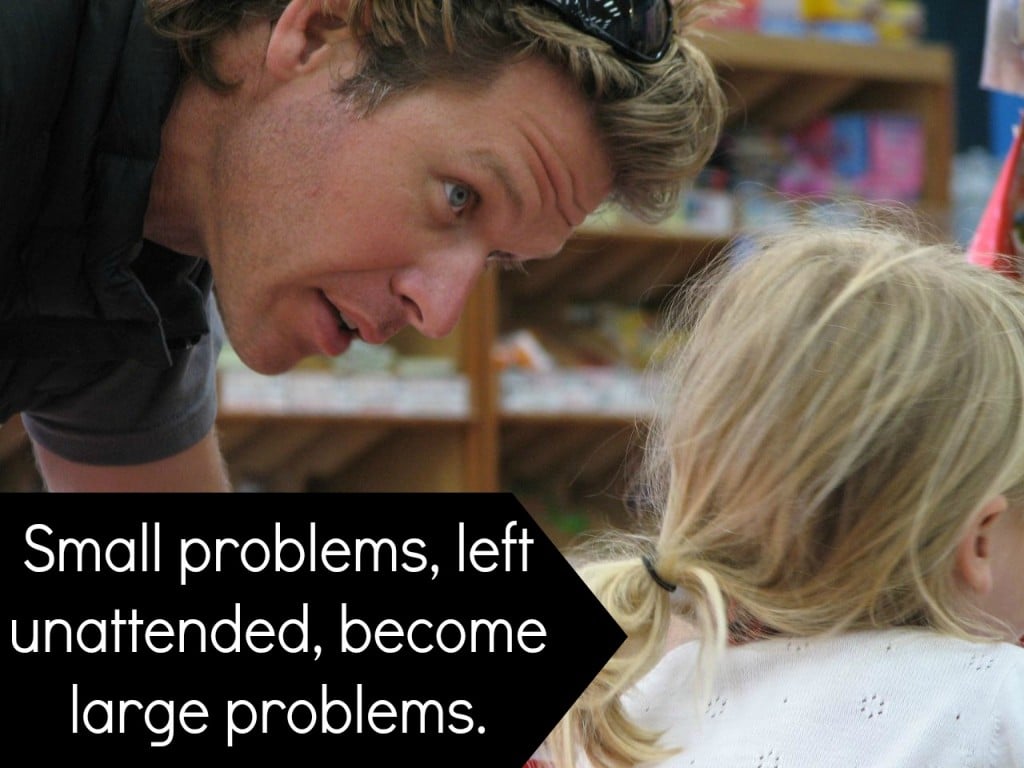 This definitely happened to me my first year of teaching. I let a lot of little things go because I just didn’t think they were that big of a deal and I didn’t want to hand out punishments for tiny infractions. But once students saw that I wasn’t going to correct them for whispering, they just started talking whenever they wanted. And when I didn’t correct one student for shouting out an answer, soon everyone was just shouting out responses. It wasn’t long before chaos ensued and I was dealing with bigger and bigger issues. And once students are used to acting this way, it’s quite challenging to reign them back in.

Even in my fledgling efforts at parenting my one-year-old, I’ve seen this principle at work. I didn’t think it mattered that he was dropping food from his high chair – until he started doing it all the time with messier and messier foods. Now of course, this really isn’t the end of the world, but it’s taking a lot more time to retrain him than if I would’ve been consistent from the start.

Whether it’s classroom management or manners training or more important matters of character and the heart, it’s way better to deal with the problems before they’re problems.

Why We Shouldn’t Ignore Small Issues

What situations have you experienced in which you saw this principle at work? Share your thoughts by leaving a comment below.

If you’re really struggling with consistency and don’t know where to start on regaining control, check out our full Classroom Management 101 course. It will help you create (and stick to!) a successful classroom management plan.

You Can Have a Fresh Start